The Lauder Variety Show “I Love A Lassie” takes place in Strachur Memorial Hall on Friday 12th May, sponsored by Friends of Loch Lomond and Trossachs (FOLLAT). This event commemorates the centenary of the death of Sir Harry Lauder’s son, Captain John C. Lauder who, like so many of his generation, was killed in WWI. 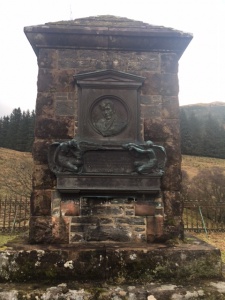 Participants in the show include the Strachur Hub, Col Glen Choir, Lochgoilhead Fiddlers, Pipers, singer Alec Pollock, Sam Smillie and a production by the Youth and Drama Group.
There’s also a silent film, ‘I Love a Lassie’, filmed and set in Glenbranter in the 1920’s, starring Sir Harry Lauder and a number of locals.
Tickets will be required and are available from Strachur Filling Station, Strachur Post Office and Bookpoint Dunoon.
Adults £10 Concession £8 (OAPs, school children over 12)
Primary school children are admitted free of charge if they sit on the floor at the front or on a parent’s knee.
Proceeds to Strachur Memorial Hall, with a donation to the Lauder Memorial Fund.
For more info email admin@fiddleworkshop.co.uk

Get our Tune Book

We use cookies on our website to give you the most relevant experience by remembering your preferences and repeat visits. By clicking “Accept All”, you consent to the use of ALL the cookies. However, you may visit "Cookie Settings" to provide a controlled consent.
Cookie SettingsAccept All
Manage consent

This website uses cookies to improve your experience while you navigate through the website. Out of these, the cookies that are categorized as necessary are stored on your browser as they are essential for the working of basic functionalities of the website. We also use third-party cookies that help us analyze and understand how you use this website. These cookies will be stored in your browser only with your consent. You also have the option to opt-out of these cookies. But opting out of some of these cookies may affect your browsing experience.
Necessary Always Enabled
Necessary cookies are absolutely essential for the website to function properly. These cookies ensure basic functionalities and security features of the website, anonymously.
Functional
Functional cookies help to perform certain functionalities like sharing the content of the website on social media platforms, collect feedbacks, and other third-party features.
Performance
Performance cookies are used to understand and analyze the key performance indexes of the website which helps in delivering a better user experience for the visitors.
Analytics
Analytical cookies are used to understand how visitors interact with the website. These cookies help provide information on metrics the number of visitors, bounce rate, traffic source, etc.
Advertisement
Advertisement cookies are used to provide visitors with relevant ads and marketing campaigns. These cookies track visitors across websites and collect information to provide customized ads.
Others
Other uncategorized cookies are those that are being analyzed and have not been classified into a category as yet.
SAVE & ACCEPT